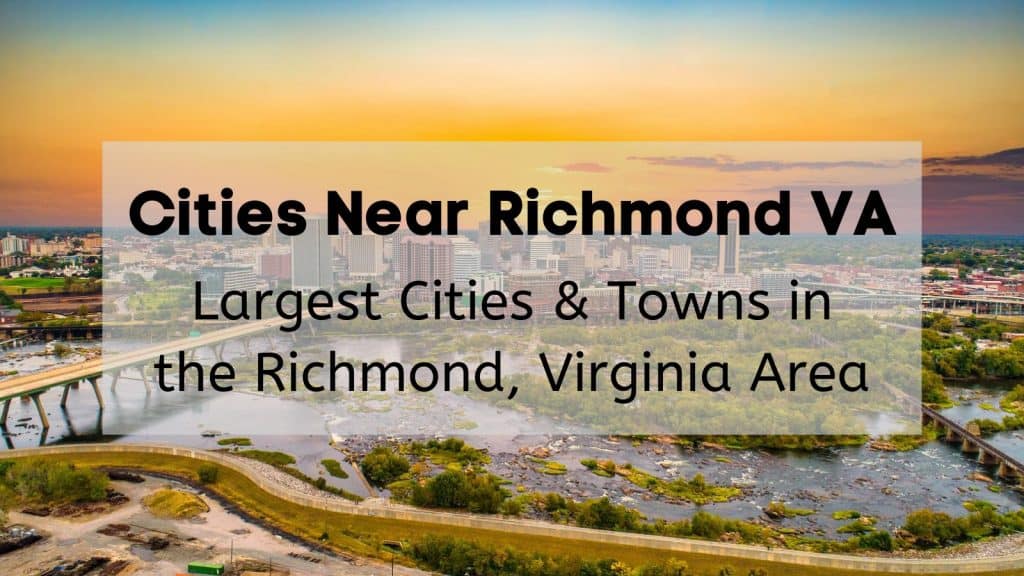 Are you planning to visit Central Virginia or move to Richmond? One of the most historic regions of the country, the Richmond area or RVA area is known for its historic small towns, Civil War battlefield parks, and gorgeous scenery.

Here are all the towns and cities in the Richmond Virginia area to explore.

There are nine places in the Richmond Virginia area with a population of at least 15,000 within 20 miles of the city limits, although there are many larger cities and towns near Richmond within a 100-mile radius.

East Highland Park is a census-designated place (CDP) and the closest community outside the Richmond city limits. This small Richmond suburb is adjacent to the East End of Richmond known for its historic architecture, outdoor recreation, breweries, and restaurants.

It’s one of the best towns near Richmond, VA for commuters, millennials, and families thanks to tons of outdoor recreation and shopping plus a short 13-minute commute to downtown Richmond. US-360 cuts through the center of the town with I-64 and I-295 to the north and south for easy access to other Richmond metropolitan areas.

Mechanicsville is one of the largest and closest inner suburbs of Richmond, even though it’s not a city. A middle-class bedroom community, Mechanicsville is home to several Civil War battlefields like Beaver Dam Creek Battlefield and the Richmond National Battlefield Park. Bon Secours Memorial Regional Medical Center, one of the best hospitals in Central Virginia and a major regional employer.

Learn more about what it’s like living in Mechanicsville, VA with our complete guide.

Bon Air is one of the Southside neighborhoods of Richmond just south of the Stony Point neighborhood and the James River. Part of North Chesterfield, Bon Air is a popular suburb of Richmond for easy access to downtown, riverside parks along the James River, and shopping at Stony Point Fashion Center and Short Pump Town Center. It was a getaway destination for affluent Richmonders in the 19th century and named for the fresh air south of the river as opposed to the dirty air in the industrial downtown area.

One of the largest inner suburbs of Richmond, VA, Tuckahoe is home to almost 50,000 people – more than most cities in the RVA area! Tuckahoe is a western suburb known as the birthplace of Thomas Jefferson and home to the Tuckahoe Plantation where he spent much of his childhood. The University of Richmond, one of the top-rated schools in Virginia, is just outside the Tuckahoe limits and there are numerous private schools like Collegiate School. This affluent community boasts two prestigious country clubs including the Country Club of Virginia – James River.

Learn more with our complete guide to living in Tuckahoe, VA, one of the best towns near Richmond, VA!

Highland Springs is a small CDP less than 10 miles east of Richmond, Virginia. This historic community is one of the best Richmond suburbs for families thanks to a highly rated high school, quick access to downtown and other areas via I-64 and I-295, and great amenities like the Springs Recreation Center.

The county seat of Henrico County is Laurel, a small CDP just ten miles northwest of Richmond. Like other neighboring communities, Laurel uses a Glen Allen mailing address for the slightly smaller CDP to the north. The town is next to the Lewis Ginter Botanical Garden, one of the area’s top outdoor attractions, plus the Cobblestones Water Park in Glen Allen.

Glen Allen is one of the best suburbs of Richmond VA if you’re looking for amenities and a central location. This small CDP is bisected by I-295 and US-1 for easy commutes and access to surrounding areas. You’ll find many of the top attractions in the northwest RVA area here including the family-friendly Cobblestones Water Park, Crump Park next to a living history museum, Echo Lake Park, and the Glen Allen Community Center.

You can learn more about the benefits of living in Glen Allen, VA with our in-depth guide to the town.

Chester is a suburb south of Richmond in Chesterfield County with great education, outdoor amenities, and employment opportunities. The community offers a more suburban and rural environment that’s still close to the city with top attractions like the Henricus Historical Park, a living history museum showing life during Colonial times, and convenient shopping at the Breckenridge Shopping Center.

This is one of the best areas to buy a home if you’re looking for new developments with community amenities and lakefront living.

You can learn more about what it’s like living in Chester, VA with our in-depth guide!

Short Pump is one of the most popular shopping destinations in the western RVA area. This affluent community was once a village and named for a short-handled pump beneath the tavern. Today, it’s home to Short Pump Town Center, a large shopping center, plus the popular Short Pump Park with spray fountains, a dog park, playground equipment, and an early 20th century schoolhouse.

Check out our full guide to living in Short Pump, VA to learn more about this charming suburb.

Other Cities in the Richmond Virginia Area

By expanding the radius outside the city to 100 miles, you’ll find an additional 13 places near Richmond VA with a population of at least 10,000. Most of these places are cities or incorporated towns more than thirty minutes from Richmond, but two are CDPs or unincorporated towns close to the city.

This list includes several well-known Virginia cities and towns like Jamestown, the first permanent English settlement in North America. Along with Yorktown and Williamsburg, it makes up the Historic Triangle of Colonial Virginia.

The closest large city in the RVA area is Newport News on the Hampton Roads harbor and part of the Hampton Roads metro area. It’s the 5th largest city in Virginia. Further away are the major cities of Norfolk and Chesapeake, both on the Chesapeake Bay in southeast Virginia.

Here’s all 21 of the largest cities and towns in Richmond, VA within 100 miles including the inner suburbs listed above.

* All incorporated cities in Virginia are independent and not part of any county.

There are many small cities, CDPs, and towns within 100 miles of Richmond. This list includes many small towns outside of Richmond, VA with a rich and long history. Many were named for English rulers or locations like Amelia Court House, King George, and Gloucester Courthouse, all known for their court houses. You’ll find historic plantations and other structures in several small towns like the Gloucester County Courthouse Square Historic District with buildings from the 17th and 18th centuries.

Chamberlayne is just outside the Richmond city limits and home to Three Lakes Park & Nature Center, one of the best parks in the RVA area, and the neighboring town of Lakeside boasts a gorgeous botanical garden and conservatory.

* All incorporated cities in Virginia are independent and not part of any county.

Here are the major cities close to Richmond, including smaller cities in the same region.

What cities are in Central Virginia?

What is Richmond close to?

Richmond is on the James River in Central Virginia and about an hour from the Chesapeake Bay. It’s about 90 minutes from the Washington, DC metro area.

What major cities are near Richmond VA?

Richmond is close to the Washington DC – Baltimore metropolitan area which is about 90 minutes to two hours away. Newport News, Norfolk, Chesapeake, Alexandria, and Virginia Beach in the Chesapeake Bay area.

The RVA area has so much to explore with dozens of historic towns near Richmond, VA and several major cities and beaches a short road trip away. Are you thinking about relocating to RVA or one of these charming cities near Richmond VA? Give us a call at On the Fly Moving Guys for a free personalized moving estimate today! 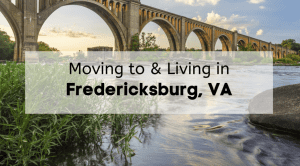 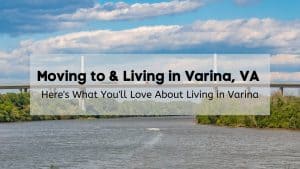 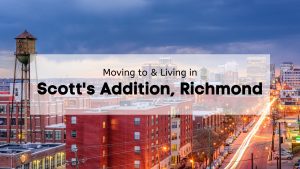 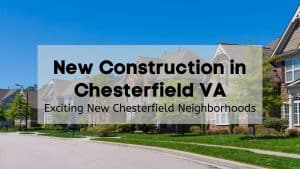